How Lead Montessori was born…and where is it going?

When I came to work on the first working day of this year, I was determined to spend it doing something really important. As the year 2018 was coming to its end, I felt something was changing inside me and I decided that in 2019 I will take another large step toward finding my flow, what I really deeply love and what I am really good at, so that I can give to the world from my true self. So, in accordance with that and in the spirit of the Czech saying “as one does on the first day of the new year, one does throughout the whole year”, I really wanted to stick to my decision on this first day.

So, I sat down and went through my 2018 calendar and I looked for the good things that happened to me. And I wrote them all down.

And then I looked at 2019, at the plans and things coming up and what is ahead of me, and I thought of what are the good things that I would like 2019 to bring. And I wrote them down.

And with this idea in my mind I decided it is time for me to start writing a Lead Montessori Blog.

My name is Mirka Vlčková and I am a mother of four children.

My montessori journey began fifteen years ago when I was pregnant with my first child Krystof. I took a pregnancy class and met a couple of mothers with whom we became friends. We met to talk and share, and when our children were born we continued to see each other. Way back then we did not have many choices where we could go. And because I worked at a non profit organisation which rented a space, we seized the opportunity and started meeting there.

Soon other mothers joined us and the space started turning into a mother’s support center, which later turned into a family center. And this is where I first heard about Montessori. And I immediately fell in love with it.

Over the years, as my children grew, the family center and “mommy and me” classes were not enough, so we took a leap of faith and established a Primary School. And as we did that, it seemed really important to learn how to do Montessori in a Primary School. So I contacted AMI and they sent our first trainer, who helped me organise the first AMI Primary Training in the the Czech Republic.

And as the story usually goes, and many of you know it from your own life, the children continued to grow and so we established an Elementary school and organised our first AMI Elementary training.

During those fifteen years of new life and new wonderful work, I saw hundreds of children to go through our school. I saw tens and then hundreds of teachers and assistants trained at the Institute. I saw thousands of people come to the AMI 28th International Conference which we organised in Prague in 2017. It was an indescribable honor for me to be part of their growing experience. With my work I have touched the lives of thousands of people and thousands of people have touched my life, but in spite of that, I felt that something was incomplete. I enjoyed my work immensely. I created a beautiful school and managed to hand it over for management to  the best school principal I could have imagined, and the school is doing really great. We have taken Montessori Institute Prague to the next level – moved it to its own space and completed the process of finding great trainers who are committed to Prague and this part of the world. Trainings fill wonderfully and things seem to be on a really good track in this project as well.

But I still kept asking myself, where am I in it? What is my role here? What can I give?

And then something happened. I noticed that more and more people were coming to me and asking me to share my experience with them. They were not interested in enrolling children in our school or being trained by AMI trainers in our training center. They wanted to hear my story and learn from me.

Out of this “nudge from the universe” (thank you!) came the idea of organising an event for people in “similar roles” – people who establish schools, people who build training centers or run montessori associations. And so I did. We organised Lead Montessori 2018. And Lead Montessori 2018 was historical. We created the most unique connection between people who are leaders of the world montessori movement and we will continue to develop it and grow it, with the goal to build a powerful network of support for those who are determined to change this world by building strong and quality montessori programs.

The more I dive into this project, the more I think about what Lead Montessori will do and how it can help, the more I realise, this is really me.

My year 2019 will be a year of me being able to fully give back what I have been given.

I am eternally thankful for having come this far. And I really look forward to our journeys – where ever in the world you are – to meet. 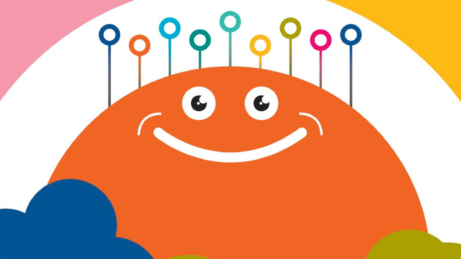 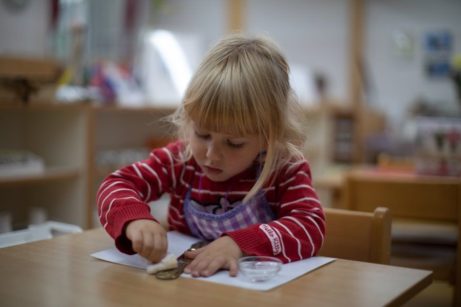